With the construction of the new International Conference Centre Wales (ICCW) at the Celtic Manor Resort (CMR) and a possible 3,000 vehicles leaving at any one time, the existing M4 overbridge structure linking the A48 in Newport to the CMR was considered inadequate to cope with the increase in traffic volumes.

In partnership with the Welsh Government, The Celtic Manor Resort commissioned the design and construction of a new bridge over the M4 motorway to service the new facility.

Aecom were commissioned to undertake the design of the bridge and fulfil the role of Principal Designers with Curtins the designer of the associated carriageway works off the structure.

As the South Wales Trunk Road Agent Framework Contractor, Griffiths were engaged on an ECI basis as Principal Contractor.

The outstanding feature of the scheme was the collaboration undertaken to ensure the bridge lift took place to programme during an overnight motorway possession. A liaison meeting held at the Traffic Wales Operational Traffic Management Centre was attended by key stakeholders, SWTRA, Traffic Wales, Welsh Government, Police, Emergency Services, the Comms provider, as well as Monmouthshire County Council and Newport City Council.

As a result, a number of other operations were able to benefit from the proposed closure, saving SWTRA over £100k in maintenance works alone if they were undertaken separately. These included:
• Trial pitting
• Surfacing
• Tunnel Inspections
• Tunnel Maintenance
• Footbridge Inspections
• Signage Improvements
• Roads marking and stud replacement
• Barrier Works

In testament to the success of the project Gareth Day on behalf of the Welsh Government said
“Alun Griffiths Contractors excelled expectations on the delivery of the new bridge for the International Convention Centre Wales and local improvements at the M4 Junction 24 Coldra interchange. Not only did they deliver a new road bridge across the busiest road in Wales, but also maintained the access to the Celtic Manor resort and for construction traffic to access the new ICCW construction site. A tight programme was dictated by the first event in the ICCW and a great effort by the team.”

An exemplar of collaboration between promoter, client, contractor and key stakeholder organisations, the Celtic Manor Overbridge Scheme is considered to be a worthy winner of the prestigious Constructing Excellence in Wales Integration & Collaborative Working Award 2020.

Knowledge Sharing
In order to promote and share good practice we would suggest that the scheme is promoted in the Construction Excellence in in Wales – Demonstration Programme at events such as the ICE Cymru Business Breakfasts. Members of the team can be made available to present a Powerpoint Presentation to industry peers. 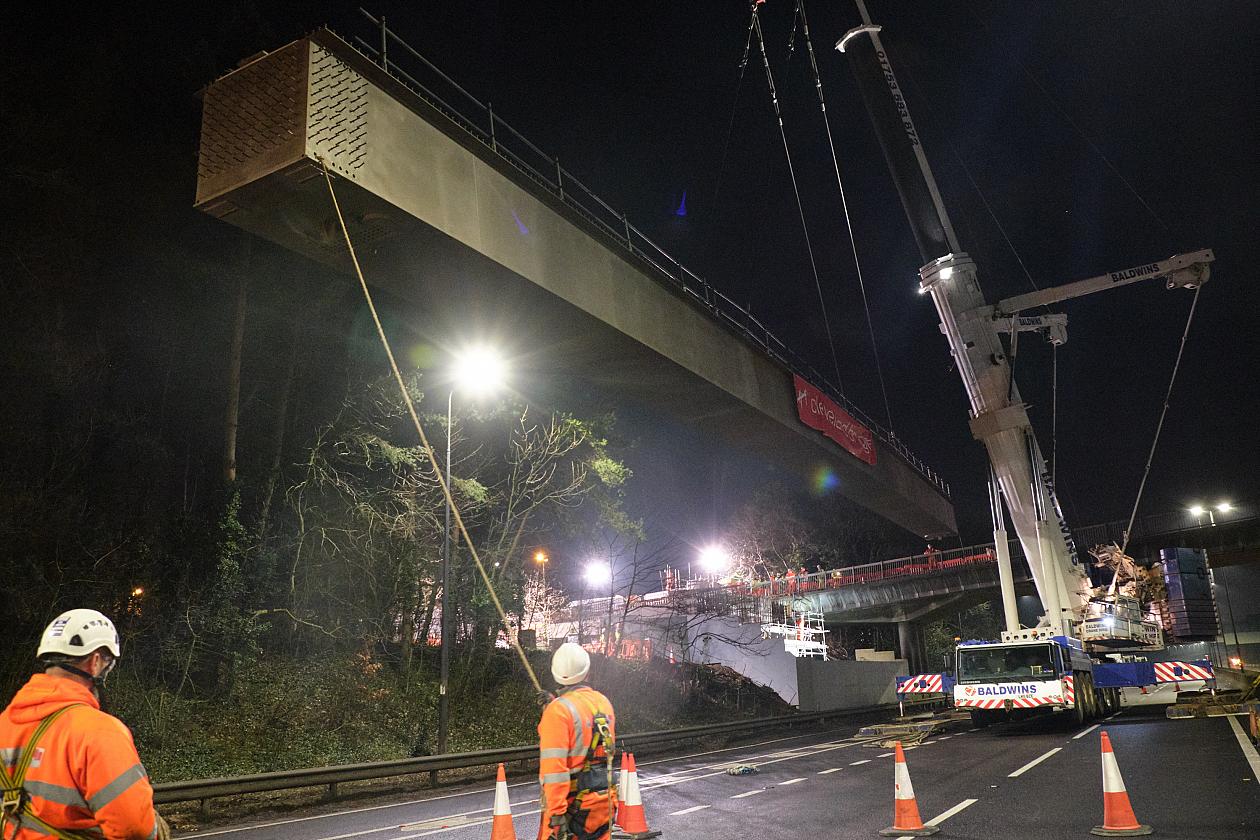