Welsh Government is committed to attracting investment to the Cardiff Airport and St. Athan Enterprise Zone, which includes the Bro Tathan Business Park. In order to attract new investment, as well as to continue to serve existing businesses, access needed to be improved. One important factor was that current access to the Business Park had to be through the existing Ministry of Defence (MoD) facility. This arrangement would no longer be viable after 2019 due to MoD restrictions. Therefore, a suitable alternative was required. Various options were examined, and the Northern Access Road was considered to be the preferred option.

As well as improving access to the Bro Tathan Business Park, an equally important focus for the project was to address the local flooding issues that had seen the regular flooding of nearby properties in the village of Boverton. Whilst historically there had been plans for a separate flood alleviation scheme, as well as the new road, our innovative solution sought to combine the two, with the new road being designed specifically as part of a wider flood defence system.


• During the ECI stage AECOM challenged the previous design, which included a 70m single span bridge over a flood plain, with a separate flood alleviation scheme to be constructed alongside the new bridge.
• Detailed flood modelling was carried out to ensure that the impact of the scheme offered improvement to the pre-existing regime in an area known have extreme run-off responses.

Ecological and visual mitigation were addressed holistically in the landscape design to ensure habitat connectivity, visual screening and landscape integration of the scheme. The long-term management of the planting, incorporated over 3Ha of trees and shrubs, 7km of hedge and extensive species rich grassland, to develop and enhance the overall quality of habitat.
Great care was taken in consideration of bats and the final design includes a ‘dark corridor’ across Llanmaes Brook which had been identified as an area for foraging bats. The street lighting through this section utilised red lanterns which are considered to be less intrusive for the bats, the first time this has been used in Wales.

Two pre-industrial lime kilns were also discovered, considered most likely to have been used to produce agricultural fertilizer. These were recorded comprehensively prior to construction resulting in no delays to the programme.

This project is a fine example of the quality of civil engineering on display in Wales and showcases our ability to deliver innovative solutions to complex problems through collaborative relationships with key stakeholders, planning, design and construction stages of the project.

In order to promote and share good practice we would suggest that the scheme is promoted in the Construction Excellence in Wales – Demonstration Programme at events such as the ICE Cymru Business Breakfasts. Members of the team can be made available to present a PowerPoint Presentation to industry peers. 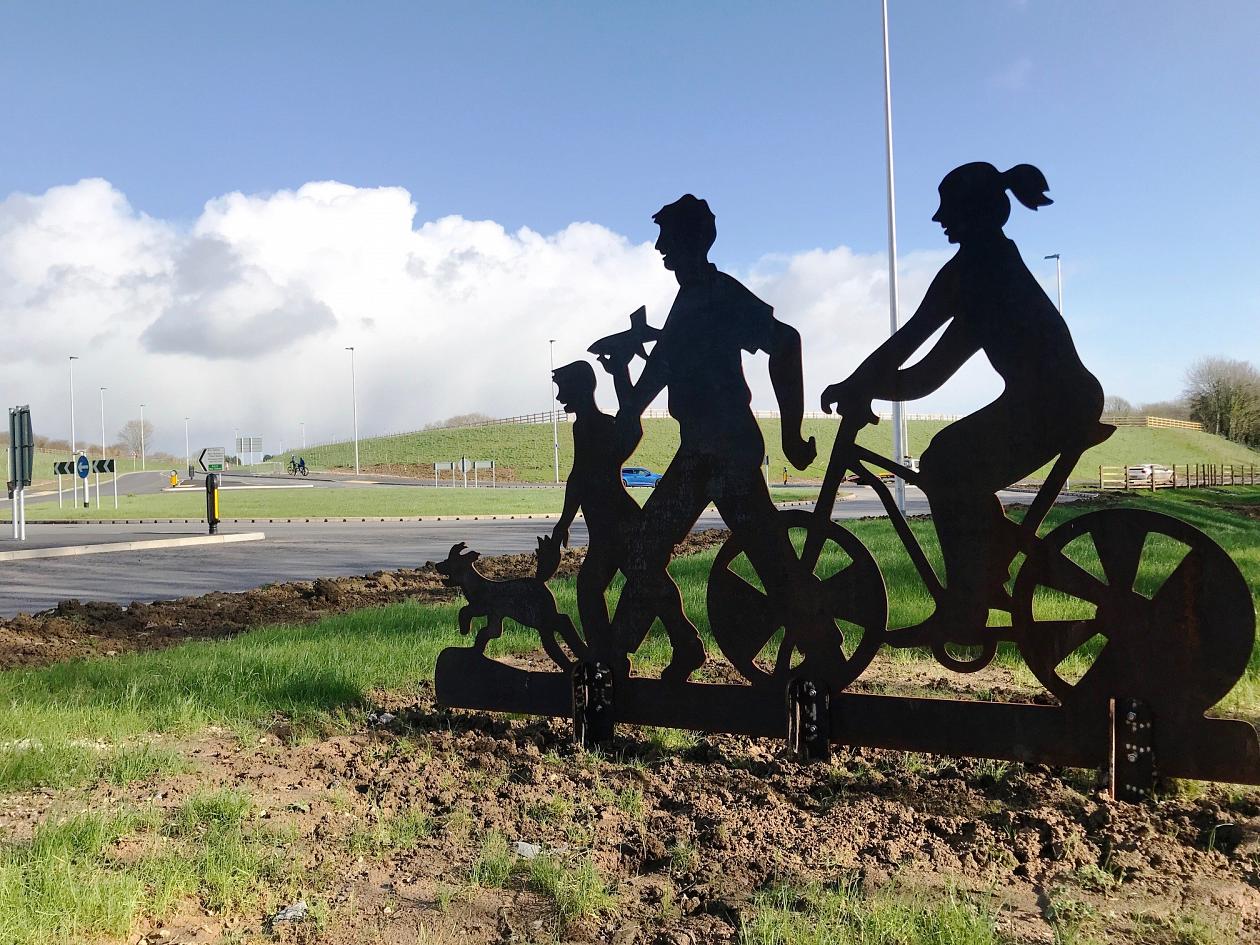 Are you entering the CEW Awards?