We have Stewart Dalgarno join us to give an update on Advanced Industrialised Methords for the Construction of Homes. 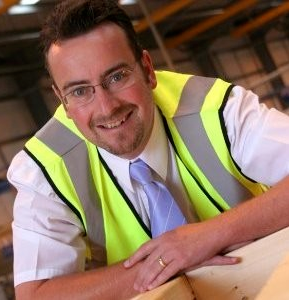 Stewart has spent close to 30 years working for Stewart Milne Group, progressing to Managing Director of their timber frame operations. His current role is responsible for all product and process development across the group, as well as chairing the group design and technical forums within Stewart Milne Homes.

Most recently Stewart was instrumental in bringing together and leading the triple award winning AIMC4 consortium. This is a collaborative R&D project, to deliver affordable mainstream Level 4 homes, through a fabric first approach. This leading edge project secured £3.25m of innovation funding from Government and is widely regarded as an industry exemplar project.

Stewart is a past chairman and director of UKTFA (UK Timber Frame Association). He is a member of the HBF sustainability group, member of Construction Scotland Industry Leadership Group, and a steering group member of the DCLG/ZCH design versus as built performance project. More recently Stewart was a participant on the reconvened Sullivan Expert Panel in Scotland. He has a master’s degree in project management.

What is Demand Side Response?